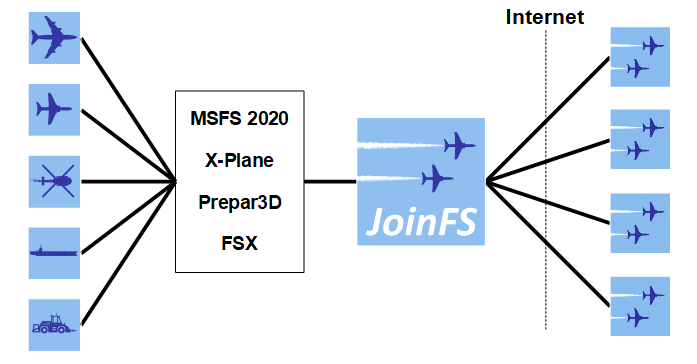 JoinFS is designed to be a thin utility that works between the simulator and the network.

JoinFS can monitor and detect any connectivity problems and will automatically reroute network data in order to maintain the integrity of the session and consequently bypasses some of the issues with NAT home routers. 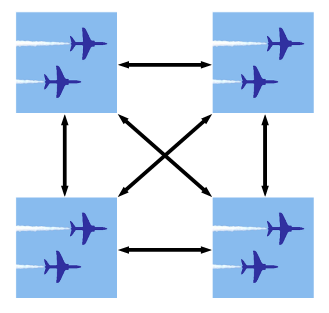 In hub mode the client also acts as a public meeting place where the server details are propagated automatically across the network and appear in the public hub list. There is no central server involved. 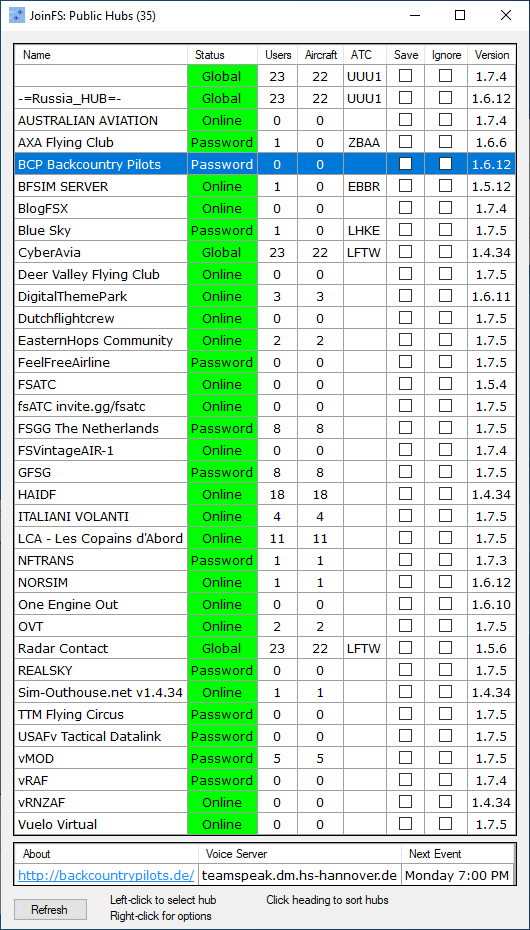 JoinFS includes its own flight recorder. This enables you to record your aircraft along with other pilots in the JoinFS network. When you play back a recording the aircraft are also broadcast over the network so that all pilots can see your recording. This allows you to pre-record a lead aircraft which everyone in the session can then formate on. The overdub feature enables you to overlay new flights onto the recording which means you can iteratively build your own unlimited formation.